I love you and accept you, but…stay away from my children. 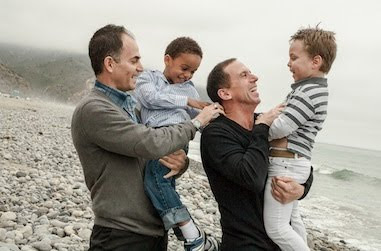 Earlier this year I met a man who had served as scoutmaster in his ward for most of his adult life. Like most scoutmasters, this man had a special way with boys that made them think bigger, serve better, and accomplish more. He loved his role in their lives and they loved his patience, confidence and example. He was proud of the fact that almost every member of his troop had eventually received the rank of Eagle and most had served missions and gone on to live productive, exemplary lives.

As this acquaintance moved into middle age, the burden of living a closeted life became overwhelming. He approached his bishop confidentially and told him of his attraction to men. He advised the bishop that he had never acted on these inclinations, but they remained with him just the same.

Several weeks after meeting with his bishop, my friend was released from his calling as scoutmaster “for the sake of the boys.”

Despite kind words and good intentions, a “but” statement still exists with regard to homosexuals and children and youth. There is an institutionalized belief in the myth that homosexuals are pedophiles and perverts intent on molesting young people or converting teenagers.

If this were not so, why would the 2010 Handbook of Instruction (Vol. 1) require members' records to be annotated for "homosexual activities", as well as pedophilia and incest or serious abuse of a child?

To put homosexuality on the same footing as incest or serious child abuse speaks volumes about the Church's real feelings toward its homosexual members, regardless of its pleas for compassion and its slick new websites.


Adapted from the keynote address given by Allen Miller at the 2012 Salt Lake City Circling the Wagons Conference.
Posted by Clive Durham at 9:54 AM