I love you and accept you, but…you have to acknowledge that you’re broken and as a result, live your life the way I feel is best. 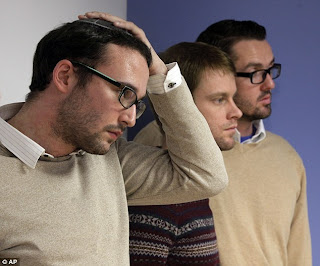 Some time ago, I was asked to respond to a post by a well know Mormon blogger, Misty. Among other things, Misty felt tremendous sorrow and compassion for those who "suffered" from same sex attraction. Her "mother-heart" broke for the terrible burden we gay people have to bear. At the same time, she insisted that for our own good and for that of society, we should be required to comply with her orthodox view, the true laws of God.

Misty is not unlike many well meaning members of the LDS church who view homosexuals as just another group of suffering sick people in need of empathy and concern. That empathy and concern, however, only goes so far…only so far as our beliefs and behaviors comply with her traditional spiritual view.

"Misty, I am truly glad that you have gay friends. I’m sure they have helped to open your eyes somewhat to our lives and challenges. It is obvious, however, that you have never ridden the emotional and spiritual roller-coaster that comes with having a homosexual person central in your life. And so I would like to offer another view and opinion.

"As a gay man, I honestly do not want compassion or special treatment. I do not want to be an object of pity. I love who I am and count my homosexuality a gift from Heavenly Father. I, like most gay Latter-day Saints whether active or not, recognize that I am a noun, not an adjective.

"And I am a man. Regardless of what some might teach, homosexuality is not an issue of gender identity. Neither I nor most of my gay male friends have the desire or interest in being anything but men.

"As men, we are entitled to be treated fairly and equally.

"You imply that you have the right to believe that homosexuality is aberrant and only heterosexuality is ordained of God.

"I, along with most of my gay and Lesbian brothers and sisters, agree. You have that right.

"But I, like you, also have the right to believe and I believe that God generously grants his grace to homosexuals and heterosexuals alike. And because of God’s grace and my divine nature, I have the right to life, liberty and the pursuit of happiness, just like you.

"While I would never attempt to deprive you the rights to happiness despite our differing views and perspectives, you demand that I accept your belief as definitive. You force me under law to comply with a belief I find repugnant and contrary to moral and empirical evidence.

"Yet I do not ask you to give up your belief. I only demand that I be allowed the same respect and privilege.”


Adapted from the keynote address given by Allen Miller at the 2012 Salt Lake City Circling the Wagons Conference.
Posted by Clive Durham at 7:11 AM