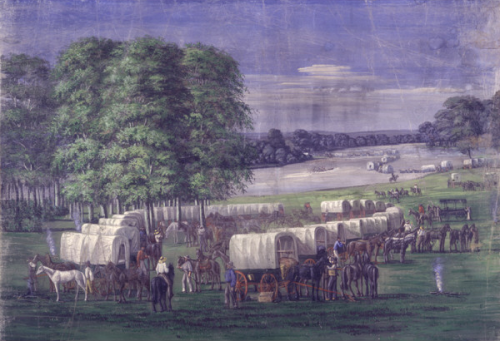 There has been discussion over the last two days about our invitations to Josh Weed and Steve Frei to speak at the upcoming Circling the Wagons Conference. Initially, like many of you, I vociferously opposed having either man speak. I, in fact, said to other members of the organizing committee that I would not appear on the same stage with Josh or Steve.

As I pondered this,  my opinion changed.

And why did it change? I believe that by inviting Josh and Steve to the conference, we will attract participants who might not otherwise attend, those orthodox Mormons who have only heard the North Star/Josh Weed version of homosexuality.

As a result of Josh and Steve's attendance, I believe this conference has the potential to become a tremendous teaching opportunity for those of us who want True Blue Mormons to learn that there is another way.

The great thing about having Josh and Steve speak at the conference is that their views are known and so will have little power to persuade. More importantly, those views for once will not go unanswered. Those who are ignorant or ill-informed will be taught of another, more Christ-like approach to this issue. In Mormon jargon, we will be able to bear powerful testimony that Heavenly Father loves his LGBT children because we are gay, not despite the fact that we are gay. Orthodox Mormons will inevitably feel the Spirit of our message and be changed.

The bottom line for me--I'll do what I must to get those who would otherwise not attend to come to this conference. If that means inviting Josh Weed or Steve Frei, so be it.

I ask you Family members and allies, please, please reconsider your anger and frustration as I have. Please have confidence that we have done the right thing by inviting Josh and Steve. I can assure you that neither man will have the final word on the issue of homosexuality, mixed orientation marriage and the Church. Please support the conference so we together can reach out to those who might otherwise not attend and who will be changed because they did.

We must be united and if we're united we will not fail. I believe in my heart of hearts that Heavenly Father is placing a tremendous blessing at our feet. Let's all--together--take advantage of this opportunity and change hearts and minds.